Since 1901, the New Germany Fire Department has provided service, loyalty, and protection to the city of New Germany, as well as the surrounding townships of Camden and Hollywood. 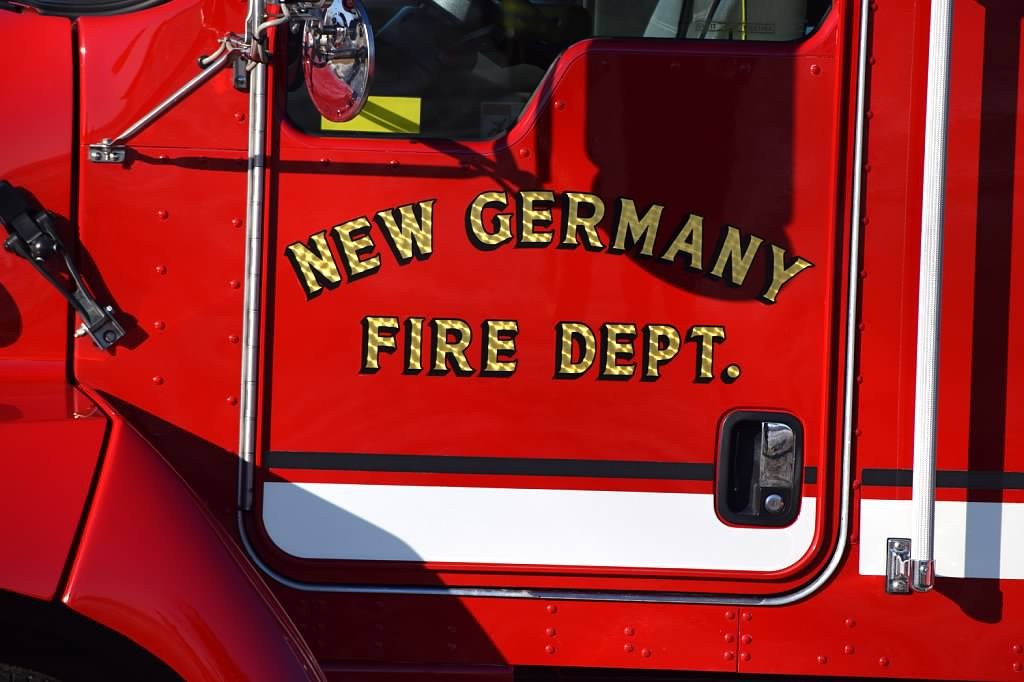 Active members, listed by seniority, are as follows:

“These volunteers are on call 24 hours a day, 365 days a year; it’s a huge commitment. Anyone who lives or works within the fire protection zone served by the department is eligible to volunteer for membership. Physical and other requirements must be met. Contact any fire department officer for more information on joining this honorable crew.

One of the goals of the department is to make sure firefighters are always prepared to deal with the situations they may encounter. Today, training is more important than ever because the nature of fire fighting has evolved over the years.

Equipment to fight fires has also evolved, and this is another reason that ongoing training is vital. Firefighters must be comfortable with and understand the equipment before they are called upon to use it at a fire scene.

Other pieces of equipment that were updated over the past few years are; an automated external defibrillator (AED) – a portable device that checks the heart rhythm and, if necessary, delivers an electric shock – and an AutoPulse, designed to perform CPR chest compressions automatically.

The annual Fire Department Ball Tournament is always the first weekend in August. Proceeds will be donated to the City of New Germany for the fire department retirement fund. Anyone who would like to volunteer can contact any member of the fire department.

Back to top
Close Offcanvas Sidebar

Assign widgets on offcanvas sidebar position to make them visible in this area.

We are on social media